USS Gerald R. Ford (CVN 78) successfully conducted a third explosive event off the coast of Jacksonville, FL, on 8 Aug., marking the completion of the ship’s Full Ship Shock Trials (FSST).  During the four-month testing evolution, the first-in-class aircraft carrier withstood the impact of three 40,000-pound underwater blasts, released at distances progressively closer to the ship. For more details on this testing event, including video of the detonation, see the official Navy press release 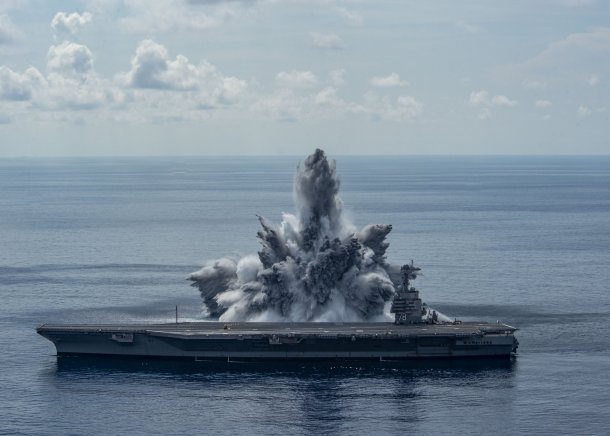 Environmental impacts are a significant concern related to training and testing activities.  The full range of potential impacts from navy training and testing at sea in the Atlantic is analyzed in the Atlantic Fleet Training & Testing (AFTT) Environmental Impact Statement (EIS) and these activities are authorized under the Marine Mammal Protection Act and Endangered Species Act, including necessary mitigation and monitoring.  The short video below summarizes some of the monitoring that was conducted to support the shock testing of the USS Gerald R. Ford.