To conduct the study, scientists attached LIMPET satellite-linked tags to 11 Cuvier’s beaked whales that live and dive most of the year in waters a two-hour boat ride from Cape Hatteras. One tag failed, but the other 10 recorded 3,242 hours of behavioral data from 5,926 individual dives -- both deep and shallow -- between 2014 and 2016.  Aside from the extremely deep dives that these whales are able to make, the data showed that they dive nearly continually, with deep dives followed by 3-4 shallow dives that extend to around 300 meters. How they continuously dive to these depths without long recovery periods is still a mystery to scientists.  The results of this analysis were recently published in the journal Royal Society Open Science.

Aside from adding to our knowledge of the species’ remarkable diving capability, the findings provide a baseline for controlled exposure experiments to study their reactions to tactical military sonar (see Atlantic Behavioral Response Study for more information). 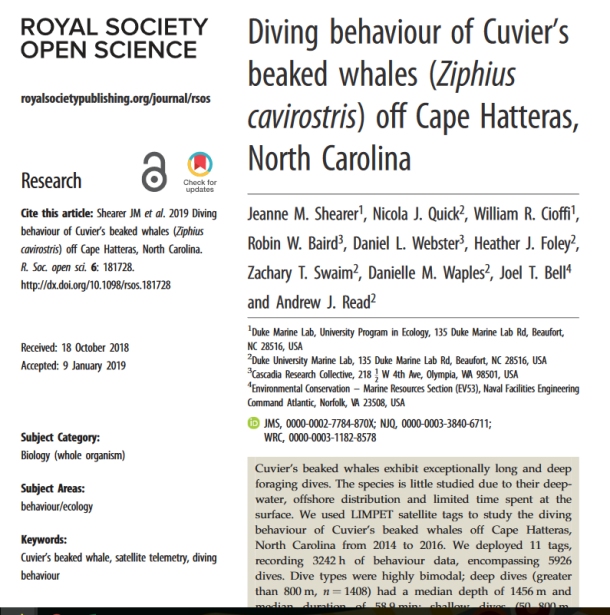